Is Vancouver running out of office space? 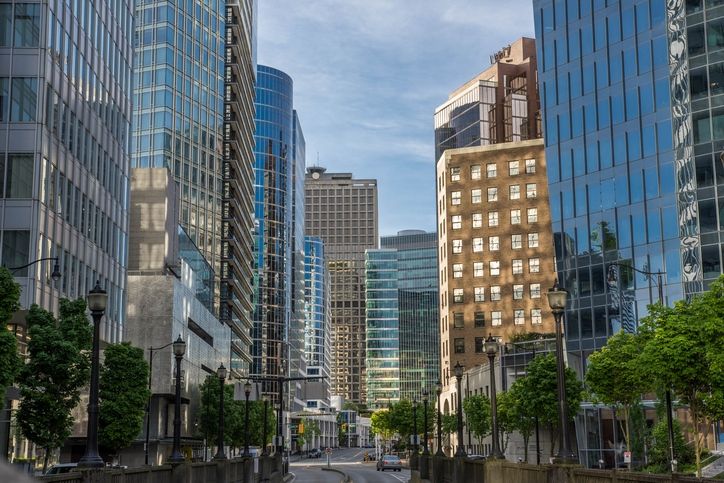 What a difference a couple of years makes in commercial real estate.

Is it Amazon? It is President Donald Trump? Whatever is causing it there definitely appears to be a dearth of office space in Vancouver, especially downtown.

Not that long ago, many people were decrying the flight of head offices out of Vancouver to Canada’s new Riyadh, Calgary, and the thousands of square feet of office space that was freeing up. But our loonie went from par to just over US$0.70 (since to claw its way back up to US$0.82 but with seeming little negative effect) and Canada started to look good again for US multinationals and tech companies.

Then President Trump (that phrase still sounds like an oxymoron – or should that read “political moron”?) decided to bar people of certain ethnic backgrounds, religions or parts of the world (many of whom are amazingly talented in the tech sector) from entering or re-entering the United States, making Canada that much more attractive.

Add to those things the last three months of Hawaii-like weather we’ve had here (I’ll conveniently forget the preceding winter…) and bang! Everybody wants to live and work here.

Did you know that at present, of our major cities in Canada, Vancouver is the best for job seekers? Restauranteurs, retailers and tech companies alike can’t find people to work in their establishments. Granted, some of the smaller tech people are having trouble attracting talent here due to the high cost of accommodation in this city, but the bigger companies are still locating in YVR. After all, San Francisco is about as bad (or worse) for cost of living, and the movie people are still on a roll here as well.

And even though Amazon has already taken a lot of space here, they’re still sniffing around for a second North American headquarters. However, the space they would require and the number of people they would have to hire (not to mention the housing expenses here, and our proximity to Seattle) probably takes us out of the running for that behemoth. Tim Ellis of Geek Wire ranks Vancouver as #10 out of the Top 10 cities that Amazon could locate in, mostly for the above reasons.

But locally grown tech “unicorns” such as HootSuite, Avigilon and Slack are all making their voracity for office space known. A recent report by Cushman & Wakefield foretells the second-lowest office-vacancy rate in the western hemisphere for Vancouver by 2019. Their prediction is for a YVR office-vacancy rate of just over 6 per cent by then, putting us just behind Toronto at around 4 per cent. And according to Colliers International, we’re pretty well there now, with a current rate of 6.3%, the lowest Metro Vancouver vacancy rate since the first quarter of 2009, when it was 5.7%.

So, let’s recap. We have no office space, and no condos for people to live in, either to rent or to buy, and the highest gas prices in the country (or close to it). Will people start moving away from our jewel-by-the-sea? We’ve all heard stories of the so-called “exodus” of young people moving to Kelowna, etc, due to the high cost of accommodation. But then again, equal numbers seem to be arriving. This writer experienced exactly that at a recent small networking gathering, meeting a newly arrived young female writer from San Francisco and a just-graduated architect from Argentina.